On the Road to Recession? 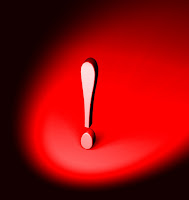 A year ago the Credit Crunch hit the US and quickly spread to Europe and, within six months, the UK. Today, as a direct result of the Credit Crunch, a US recession is believed to be underway and it is only a question of time before the UK follows.

In an increasingly global financial market UK banks have branches in all over the world, so, when the US off-shoot of Britain’s biggest bank HSBC ran into trouble in April last year, warning bells went off in Frankfurt and London.

Within three months German banks were bailing out BNP Paribas and by September 2007 the UK’s fifth largest mortgage lender, the Northern Rock, was running to the Bank of England for emergency funding.

According to the Investment bank Lehman Brothers Britain has a 35% chance of slipping into recession. This comes on top of warnings from The Bank of England that the UK is heading for the toughest economic ride in more than a decade and has halved it’s forecast for economic growth from 2% to 1.1% per annum.

While year on year economic growth in the UK may just make positive territory the second half of 2008 is likely to be negative. With house prices, consumer spending and investment falling the UK’s economy today is eerily similar to that of the US six months ago.

The Governor may have scope to cut base rates on the April 10th, but it is doubtful whether this will mean lower rates of interest on the high street. Thanks to the Credit Crunch the banks are currently so short of money that mortgage lenders are currently raising their mortgage rate despite the expected cut in the base rate.

Seven Months Later Mervyn King the Governor of the Bank of England told the BBC........

From April 2nd 2008 this article can also be read at the online magazine About Your Money
Posted by Anthony Bounds | Blog at 4:41:00 pm