Brexit could take 10 years and might not happen at all? 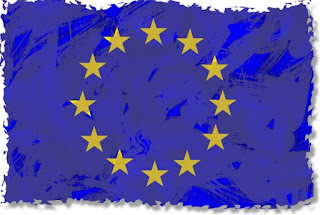 I've been doing some background reading of Article 50, the legal framework contained in the Lisbon Treaty that controls the withdrawal process of European Union Member States. This research has helped me predict how long it may take for the Government to unravel over forty years of EU membership.

What I have found is that there are circumstances that suggest that those voting OUT may have to wait 10 years before Brexit is finalised.

Withdrawal could be delayed for a number of reasons:

The UK Government may have to delay the process to organise a second referendum to ask the British people whether they accept the withdrawal terms that they may not have realised they'd have to comply with when they voted in the first (yesterday's) referendum.

Parliament may also vote against the EU withdrawal agreement if they think it is unfair to the UK population and may insist on a further round of talks. Note that this scenario is more likely to happen in the event of a weak  UK Government and especialy if Scotland wants to join the EU following a further  independence refererendum.

In the event of a collapse of UK Government, something I consider highly likely given Conservative Party's flimsy majority, that a new Government could seek to reverse the decision to leave, or fundamentally alter the withdrawal terms negotiated by the previous administration.

There could also be lengthy legal challenges to the withdrawal terms, not only from within the UK, but from any of the other 27 EU Member States. Further research surrounding the legality of such claims suggest to me that such challenges are likely to be derived from notions of European Integration which could have been considered in law, as irreversible. In other words, it may be argued by some legal scholars’ that Article 50, the legal device that controls the UK exit from the EU, is unconstitutional.

The UK should not expect a quick clean exit from the European Union, or that trading within the Single Market post Brexit will  come cheap and if the government's exit plan fails to recognise workers rights, and the free movement of labour (after all, there is free movement of capital) then the opposition parties could drag Brexit on until  2025 and beyond.

Brexit: What are we going to do now?