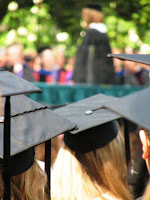 H.M.Customs & Revenue (HMCR) is holding sums running into millions in over-paid student loan repayments. The problem has been caused by a procedures failure that allows employers to continue to deduct payments from former student’s salaries for up to twelve months after their student loan has been repaid in full.

The Student Loan Company (SLC) confirmed that repayments do not automatically stop when a student loan is repaid, adding that overpayments will only be accounted for at the end of the year when the Revenue review their files.

“The repayments don’t just stop; it’s up to the borrower to advise the student loan company when the loan has been repaid.” says Julia Kennedy, who repaid her loan earlier this year now a Senior Lecturer at University College Falmouth.

According to the SLC former students scheduled to repay their loans shortly after the financial year-end on April 5th could find themselves overpaying the SLC for up to twelve further months. Graduates are not offered any compensation or interest for the over-paid sums.

In accordance with current procedures former students borrowing from the SLC could be overpaying as much of £1800.00 in the year they complete the repayment of their student loan. Looking at the bigger picture, with over half a million people applying for U.K. full-time undergraduate courses at universities and colleges per year the sums overpaid could be considerable.

A spokesperson for the SLC says that former students overpaying their loan would not be out of pocket and advises that they should inform the company as soon as possible to get their money back. “Former students who have overpaid have to write to the SLC and they will refund the money – this is how the system works.”

Ms Kennedy, who has yet to receive her refund for overpaid student loan repayments says: “I am currently overpaying £150.00 every month and that can make the difference between my being in the red at the end of the month or not.”

Former students expecting to repay their student loans shortly after the end of the tax year on April the 5th should not delay in advising the SLC, or face the overpaying until as late as April 2009.

The SLC confirmed that they have no special account containing an overpaid fortune and said: “the Revenue has the money.

This article can also be read at the online magazine money.co.uk
Posted by Anthony Bounds | Blog at 1:24:00 pm