Press Complaints Commission Say Under 16's Have No Right to Complain 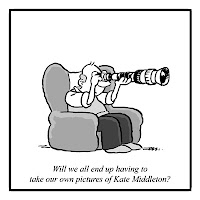 Sue Roberts; External Affairs Manager for the Press Complaints Commission spoke to University College Falmouth Journalism students and presented each of those present with a copy of the Editors' Code of Practice.

During a brief history Sue Roberts explained that the Press has been self-regulated since The P.C.C’s predecessor the Press Council was formed in 1953. The Press Council oversaw the industry until it was replaced by the P.C.C. in 1991.

The P.C.C. see’s itself as an inclusive and independent body serving members of the public with complaints about the content of newspapers and magazines.

During the question and answer session provoked by an example where a child’s photograph WAS printed in Zoo magazine without the identity of the child being obscurred digitally, or with the consent of a parent, I asked Sue Roberts, 'at what age a child could bring a claim to the P.C.C. in their own right'? Sue Roberts confirmed that children under the age of 16 have no right to complain to the P.C.C. As the average six year old is intellectually capable of reading the Sun critics believe it reasonable that children under 16 should be able to complain to the P.C.C.

Students heard that over 3000 complaints were raised by the public against the industry of which 25% related to breaches of privacy and 50% to inaccurate reporting. The P.C.C. aim is to process with claims fast so that inaccuracies are dealt with promptly.

Sue Roberts stressed that, despite the presence of a significant number of newspaper and magazine editors on the commission the majority of the commission is made of those independent of the press and was neutral. Sue Roberts said:

“The P.C.C. is not a champion of the public or the interests of the Press”

Students were also told that the Code of Practice is reviewed annually provides the framework of the self-regulation of the industry. Strict adherence to the code should ensure that the public are protected misleading stories are published.
Posted by Anthony Bounds | Blog at 6:22:00 pm