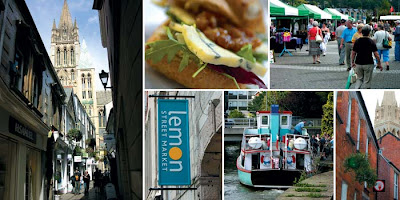 Kirstie Newton editor of Cornwall Today, explained to Journalism students at University College Falmouth that you don’t have to be Cornish to be passionate about Cornwall.

The reaction was triggered by a question from the floor about Kirstie Newton’s roots which, after revealing being born in Grimsby North East Lancashire, refocused the discussion into a debate on Cornish “Nationalism” and the county’s housing stock being taken over by the wealthy second homeowners from across the Tamar.

Kirstie Newton said that Cornwall Today was read widely by the Cornish and non Cornish alike and reassured her audience that, under her editorship, there was space to cover Cornish issues and Cornwall’s Celtic heritage. While appearing a tad defensive Kirstie did seem genuinely mindful of the strong sense of belonging the Cornish feel and the mood soon mellowed.

Skimming through over 200 pages of Cornwall Today this impressive glossy magazine, with eye-catching pictography and well designed sections covering food, art, leisure, wildlife and sport, there is something in it for everyone.

Unsurprisingly Cornwall Today is going from strength to strength. Kirstie’s modest approach tended to understate the recent success of the magazine, which, since becoming editor in 2006, has seen sales rise, the number of sections increased and over 40 new pages added. This would not have gone unnoticed by Cornwall Today’s city owners Daily Mail & General Trust who also control The Cornish Guardian, The West Briton, The Daily and Sunday Mail.

Kirstie gave students the impression that she was happy editing Cornwall Today and didn’t miss the newspaper daily deadlines she encountered working at the Farmers Guardian and the Western Morning News. Neither did she regret not immersing herself in the city life she once craved and said:

Is it any wonder then that so many well-heeled city folk want to gobble up a second home in Cornwall?
Posted by Anthony Bounds | Blog at 2:51:00 pm