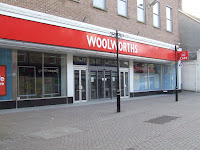 Not since the end of the Second World War has the UK economy been in greater need of central planning as it is today. As in 1945 the problems the people now face are the result of too much power being left in the hands of too few.

The Labour Party under Blair with Brown towing the “Tony” line as Chancellor of the Exchequer are not blameless. The financial meltdown happened on their watch, and could have been avoided, if the government hadn’t taken away the Bank of England’s regulatory function and given it to the Financial Services Authority (FSA).

Ill equipped to cope with an overly complicated set of financial instruments, carefully designed in the square mile, the FSA didn’t really stand a chance of keeping the big banks in check. As a result of this colossal mistake the seeds of Britain’s economic disaster were sown.


We are told that the FSA has since been revamped and some academic heavies thrown in, but it’s too late now, the damage is done. We can only hope that the young bankers who collapsed the system for their six figure bonus and their cottages in Cornwall are now safely back in their play pens leaving the serious business of banking to the grownups.

I can’t help thinking that the eggheads following big money to the City could have served their country better by applying their expensive education to something more useful in the fields science, engineering, or medicine. Instead Britain’s best minds have been used to manufacture the mathematical tools that have produced the most magnificent financial fiasco in living memory.

After pouring in billions of tax payers’ money to save the banks from capitalism and certain bankruptcy Chancellor Darling has now turned his hand to mitigating the mess they made of the economy. The measures can be summarised in a word, a word politicians have been afraid to use for a very long time - Socialism.

All this talk of fiscal measures, increased government spending and taxing the rich sounds like a something Chancellor Denis Healy and Tony Benn argued for the 1970’s and it palpably grates against Cameron’s every fibre.


The Tories are simply not used to having to argue against socialist policies, they thought that had ended with Kinnock and are now left on the horns of a dilemma. Will Cameron and Osborne support the government’s neo-socialism, or will they simply revert to Thatcherite type, scratching their collective heads in search for another nasty market solution?

Cameron is in a political and ideological jam, he knows it and its starting to show up in the polls. The fact is that no one in power outside a South American junta, or a sense of social and economic history believes in free market economics anymore. The IMF, EU, OECD, G20 and even George W. Bush tell us, loud and clear, that the world should spend its way out of this particular economic crisis.

The basic problem the Tory Party faces is it was their unfettered market economics that landed us in this financial mess in the first place and worse still for the Tories, the people know it. The Labour government has decided that they cannot wait ad infinitum for the hidden hand of the market to put the economy back on track and have gone back to their roots and intervened.

The depression caused by the banks and the government’s failure to control them, has resulted in millions people living in fear of losing their jobs and their homes being repossessed. To abandon the people now and the economy upon which they depend for their survival, would create social hardship and unemployment not seen in this country since the Second World War.

"I created "Pennyland - Echoes of the Great Depression, from an original song written by my brother. Here's the link to the video" - Frank Thomas.