Tall-Ships Festival Falmouth - What is a Tall-Ship? 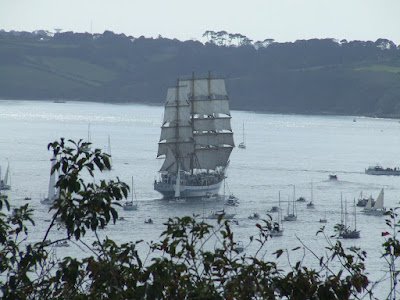 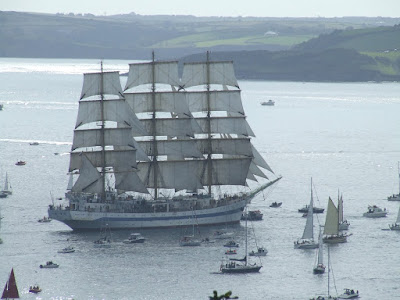 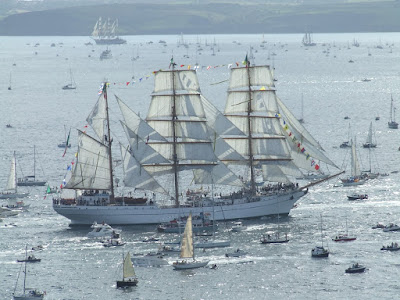 Eighty thousand people will come to Falmouth for the race, but how many know what a tall ship is?

In our mind's eye the image of a Tall-Ship is clear it's one of those ships with big sails that Admiral Nelson went to sea in. According to the Chambers Combined Dictionary (1995), however, the Tall-Ship does not exist.

"I would say that a Tall Ship is defined by the rigging as opposed to the tonnage" says Jessica Beverly, Curator of the Cutty Sark Trust, at Greenwich.

Jessica Beverly makes a lot of sense, but the organisers of the Tall-Ship races, the International Sail Training Association (ISTA), say a Tall-Ship is as much about its crew profile than its size.


"A Tall-Ship is not necessarily one of the great square-riggers; any vessel in which at least half the people on board are aged between 15 and 25 and which is over 30-ft waterline length can enter the races."

While such a rule will maximise the number of ships able to compete in the Tall-Ship races, it does seem a very unromantic business. Applying the ISTA definition it’s possible that a 30ft rubber dinghy could compete in a Tall-Ships race! But how can such different sized ships race competitively? It seems that, because races have to be sailed on a level sea, as it were, The ISTA have cleverly devised elaborate formulae to analyse over fifty items of ships data, and from this an overall sailing rating is calculated. The ISTA claim that the figure enables the race times to be adjustment in accordance with “Tall-Ships” of various heights and weights. This way the race time achieved can be used to extrapolate a comparable time between the competing boats. Once the relative difference between the competing ships have been neutralised by the ISTA's ingenious mathematics, the outcome of the race is determined by sailing skill and has little to do with the ship's size.

Confused by the present we turn to the past for guidance to find that the term Tall-Ship has been in occasional use since at least Shakespearian times. From Shakespeare's play the Merchant of Venice: "The Goodwins, I think they call the place, a very dangerous flat, and fatal, where the carcasses of many a Tall-Ship lies buried ...."

Historical and literal reference alluding to the purpose of the Tall-Ship admittedly adds to the discussion, but it's all a bit vague and sits awkwardly with our ordinary understanding of the word. I am left wondering whether the word is simply a product of how the media has reported the Tall-Ships race since the 1970s. If reporters ignorant of nautical terminology are told by experts what a Tall-Ship is then maybe that is what they become? Our list of catch-all phrases attempting to define the Tall-Ship may seem disappointing for anyone with the Cutty Sark, or H.M.S.Warrior in mind, but at least these fuzzy classifi cations mean more and ships can qualify for the Tall-Ship races. Paul Adamthwaite of the journal of the Canadian Nautical Research Society, The Northern Mariner in Canada, sums it up.


"The word 'tall ship' conjures up something majestic, powerful, graceful and very large, even awe inspiring, but today the term is routinely employed to describe much smaller vessels given the interest of race organisers and businesses requiring bigger and bigger events."