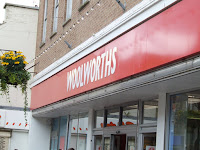 Nearly everyone that voted in our poll believes that Malcolm Walker - the founder and former CEO of Iceland Group will turn hostile.

The remarks made yesterday by the new broom at Woolworths (Stephen Johnson) that the bid is distracting and that discussions could go on for months indicates that readers gut feeling could be right.

As investors will be looking for action sooner rather than later the “rumbling on for months comment” has done little for the share price. Some impatient investors may well get bored and look for something more exiting. As I write the share are down this morning to 7.43p.

Aredeshir Naghsineh, who has recently declared his interest in Woolworths and holds 10.2% of the company, seems more patient and won’t mind a bit that the share price is waning a little this morning. Naghineh is also unhappy with the Walker offer claiming as reported in the Times on the 31st August:

“Walker is well respected but the board rejected the bid and rightly so. It’s not a good deal for Woolies or shareholders.”

Unless Malcolm Walker et al are prepared to include Naghsineh in the loop I tend to agree with our readers that a hostile bid is the most likely outcome – you never know Stephen Johnson may get to turn Woolworths around himself after all, but whether it's part of this board or the next is another matter.