Are we living in the Information Age? 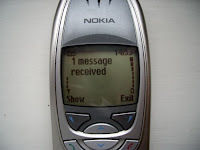 According to futurists Alvin and Heidi Toffler there are three revolutionary phases:

1. The Agricultural
2. The Industrial and the
3. Technological

The Information Age as the Industrial and Agricultural Ages before it have revolutionised society.

Futurists Alvin and Heidi Toffler in their book “The Third Wave” and published in 1980, suggests the Information Age developed from the Industrial Age, which itself developed out of the Agricultural Age. The Toffler’s accurately predicted the rise of the internet and suggested that the new age would rely less on muscle power and organised labour and increasingly on information and technology and the individual creativity of the mind. As Toffler put it:

What the Toffler’s envisaged in the 1980’s was that a knowledge based economy would replace the industrial economy. Today 50% of the UK economy is considered knowledge based. Technology dependent and information hungry areas such as the Law, Teaching, Telecommunications, Financial Services, Advertising and the Media, all contribute to the growing knowledge economy. These economic sectors consume and then regenerate knowledge and so the sector grows. In Toffler's words:

"Knowledge is promiscuous. It mates and gives birth to more knowledge."

There are few occupations unaffected by the Information Age and even heavy industry itself is increasingly dependent on a complicated blend of information based technologies from robotics to sophisticated financial instruments and computer programming to function effectively.

The Information Age and the knowledge it conveys has the ability to change everyone and everything. As the Toffler's say:

"Many countries today have begun the transition from an industrial wealth system and civilization to a knowledge-based system - without appreciating that a new wealth system is impossible without a corresponding new way of life."
Posted by Anthony Bounds | Blog at 9:08:00 am